You ever get a breathtakingly stupid idea and want to share it with others? No? Just me? Am I eating alone in the cafeteria again?

An esk8 game called “bucking bronco.” You all sit in a circle (it’s not that, @Cfelzien ) on your boards, speed-limited and reverse-enabled, get set, and hand your remote to the rider on your right.

Last one on board wins a prize.

an esk8 but with only 3 wheels, one bigger one at the back with the motor (or motors) and a normal channel truck at the front for steering. you could also add a big ass shock for dampening at the back

this is dumb for many reasons, one being you can now only steer from the front increasing turning radius - edit , would it increase turning radius? I think so due to there no longer being 2 point to turn from but maybe not?

I did that. Fucking failure

ayy guess i put it in the right topic then. got a link? haven’t seen your attempt yet

i can just imagine the carnage

It’s in the nice try graveyard. I made it like 5 years ago. Epic fail. the turning radius is very small.

That is fucking awesome! Talk about respect your pilot trust your monkey.

Forget about the OneWheel, if we want the closest thing to snowboarding on land, then we need the OneSphere for that lateral movement!

Now I need to go buy my son a pet hamster for some initial weight distribution testing.

Last one on board wins a prize.

Is this how you hurt yourself Bill? Be honest. 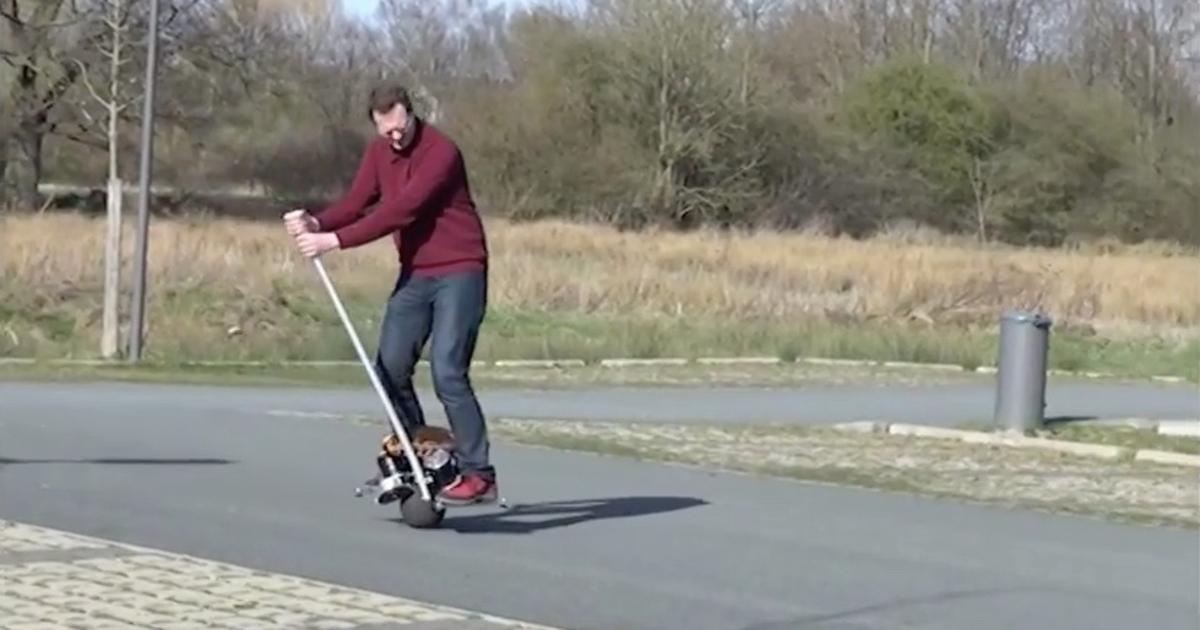 The Segway first raised eyebrows by balancing its rider on two side-by-side wheels. Since then, we've also seen scooters where you balance on a single wheel. Well, the Üo does things a little differently yet. It perches its rider on top of a rolling...

This was the match that started the fire…

That thing would kill someone…

He said channel truck… so it’s even a worse idea

I made the front truck for my 3wheeler with 5/8" all thread, some 2" square tubing, and some valve springs out of a 427. It worked. Not well enough.

would it increase turning radius?

Yes. It turned like a fucking mac truck. Channel trucks helped but it was still only ok.